A digital game can give students the opportunity to learn and refine their object-oriented programming (OOP) skills which is a requirement at years 9–10.

A digital game can give students the opportunity to learn and refine their object-oriented programming (OOP) skills which is a requirement at years 9–10. Students follow a problem-solving process to design, build and evaluate a digital game. They state the digital design problem and decompose it in order to develop a solution. They create an algorithm for the game and relate this to an OOP approach. As a group or in pairs they implement a solution to build a computer game using OOP principles. Finally, they evaluate the end product (the game) and the solution.

A digital game can give students the opportunity to learn and refine their object-oriented programming (OOP) skills which is a requirement at years 9–10.
2
Learn More

Create an algorithm for the game and relate this to an OOP approach.
3
Learn More

Evaluate the end product (the game) and a solution that incorporates OOP principles.

Who’s the game for and what’s its purpose?

A digital game can test a user’s skill, provide them with a challenge and/or educate the user, all using game play.

The first step is to define the problem. Defining what the game is required to do enables us to identify the functional and non-functional requirements. At this point we also need to identify if there are any constraints or factors that should influence the nature of the game or how it is developed. How will the user interact – via a keyboard using arrow keys, a mouse or game console?

State the problem in terms of requirements. This will help in the process of designing an algorithm and, following that, to write the computer program.

To make this game, we need to:

Using the superhero game as an example, class ‘Superhero’ could include:

Other classes might include ‘Score display’, ‘Energy discs’ (for increasing power levels), etc.

Note: The programming language that students use to build the game will depend on students’ experience with general purpose programming languages. Note that Python on its own can be used to produce fairly rudimentary games in terms of a user interface. Students who want to include graphics can use the PyGame library by importing it at the start of the computer program. 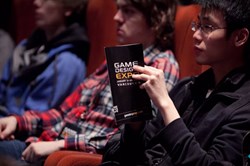 Game design Good game design is essential for a positive player experience whether it’s a board game, video game or dice game. 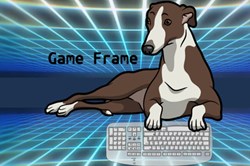 Game Frame: Example games Game Frame has been developed to take the excellent PyGame libraries and make them more accessible and easy to use for beginner to intermediate programmers. 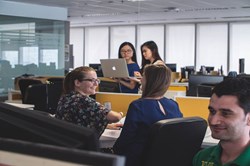 Software Engineering Explore tasks and challenges to develop students' understadning of the work of a software engineer. Software engineers bring an idea to life using technology, they break down problems into logical steps and work out how to build things from the ground up. Makey Makey with Python: Snake Game This lesson idea can be used to support students to create a Snake Game using OOP. Students learn about OOP using existing classes and objects, as well as designing and creating multiple new classes. This is a good intermediate project. Using Makey Makey is optional. 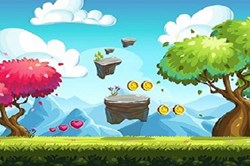 Game Design: Think like an inventor This unit of work is intended to teach years 9–10 students OOP programming using the Unity programming language.

Define and decompose complex problems in terms of functional and non-functional requirements.

How can I represent my design of the solution?

An algorithm is a logical step-by-step process for stating how to create a digital solution. Algorithms are generally written as a flowchart or in pseudocode. A flowchart is a common way to visually represent an algorithm. Another relevant approach particular for games and apps is to do a storyboard which often focuses on the onscreen actions.

Pseudocode is a way of describing a set of instructions that does not have to use specific syntax. Students use structured English to express these instructions; for example, using ‘while’ and ‘endwhile’ when describing a ‘while loop’. 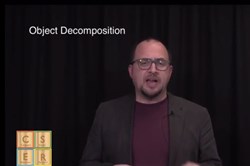 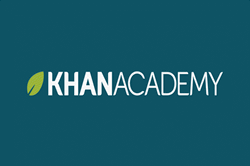 Algorithms Select relevant tutorials to teach about algorithms, including searching and sorting. What's an algorithm? This video explains algorithms and how they relate to creating a computer program. Entity relationship in a medieval game Use this video to think about the relationship of characters and events.

How can I code my solution?

It is a requirement that students in years 9 and 10 use an OOP. This will require a shift from a procedural programming approach to using OOP approaches.

OOP is a style of programming that focuses on using objects to design and build applications.

In OOP, objects represent a combination of data (the variables or attributes of an object) and the actions that can be performed on or with that data (the functions or methods of the object). An example might be the declaration of a ‘car’ which has attributes that describe its physical nature (such as the number of doors, its colour, the size of the engine) and methods for the actions it can perform (such as accelerating, braking and turning).

The attributes and methods of an object are defined by its class. Using a class, we can organise information as attributes so we can reuse these elements when making multiple instances of that data type.

A programmer could make three instances of a superhero, such as Batman, Wonder Woman and the Hulk, using the Superhero class to store similar information that is unique to each superhero. For example, they look different, have different levels of power, etc. The programmer could also associate the appropriate information with each superhero. The methods of the superhero might be to jump and collect tokens. Collecting tokens could replenish power levels.

Once students have developed their algorithm and mapped out the classes with their associated attributes and methods they can begin to implement their design by programming. 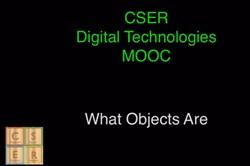 What are objects? This video explains what an object is and how it relates to data in computer programming. Objects allow us to think about the way we represent complex problems by breaking the problem into groups of interacting objects, using ‘classes’ to define how each one will be created. 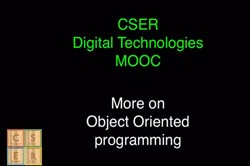 More on OOP This video explains how specifying the requirements has a bearing on the objects that are built. Wiki: OOP This wiki provides an easy to understand example of a superhero in a game to describe the class superhero and an object within that class; for example, Batman. The example uses Python programming language. Intro to OOP This video is an overview of OOP, including the differences between OOP and the traditional structural approach, definitions of class and objects, and an easy coding example in C++ OOP 1: Introduction In this brand new course covers many aspects of the Object Oriented Programming Paradigm. OOP 2: Classes and objects This lesson delves into what a Class and Object is in Object Oriented Programming terms. It uses real world examples of Objects to convey how they can be modeled into Computer applications and games. OOP 3: Inheritance This lesson covers the object oriented concept of ‘Inheritance’ when working with code. 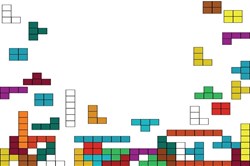 Behaving with real class: Using a text-based language One challenge in teaching object-oriented principles is finding a suitable programming language. Many of these languages are too complex and their environments too confusing. This lesson sequence offers a choice of one of two approaches to address this problem. Fibonacci served three ways Students learn to code separate modules that perform discrete functions but collectively meet the needs of the solution. They select the most appropriate algorithm based on the type of problem.

Game Design: Think like an inventor This unit of work is intended to teach years 9–10 students OOP programming using the Unity programming language. Python: Bouncing Balls ** no reaplcement found This project creates a program where five balls bounce at different rates, to build skill in the use of OOP design and implementation, and data representation. Students will learn about OOP using existing classes and objects, and about designing and creating multiple new classes. This is a good intermediate project. Game Frame for PyGame Game Frame has been developed to take the excellent PyGame libraries and make them more accessible and easy to use for beginner to intermediate programmers.

Have I met the user’s needs and how well did we perform the task as a group?

As students progress through the task ask them to document their design solution, implementation plan, and any code reviews. Several pieces of evidence should be gathered to evaluate student performance. Peer reviews can also be a valuable tool. Pair programming This video can be used to discuss dos and don’ts of pair or group programming. The rubric The rubric, developed by the EMU CS School, is a good example of a programming rubric, and could be extended or simplified for your students. Grading rubric for group project This rubric can be modified to suit the learner’s experience and skills and the project type. 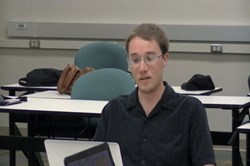 Peer code review example This video shows one way to conduct a code review. The example uses university students, but similar principles can be applied to secondary students. 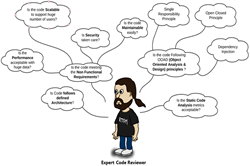 Code review checklist: To perform effective code reviews This checklist may provide some useful points to include when conducting a code review.