This is the eleventh in a series of lessons to transition from visual coding to text-based coding with a General Purpose Programming language. It builds on the coding concept of functions. With the addition of parameters, functions allow the programmer to adapt their reusable code’s behaviour, tapping into the Computational Thinking skills of generalisation, pattern recognition and abstraction. 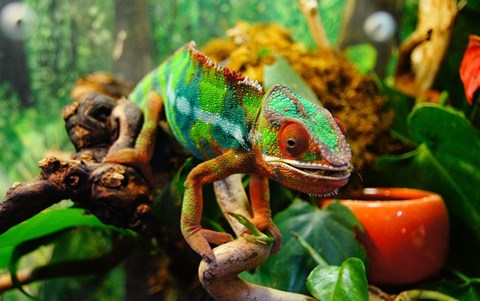 This is the eleventh in a series of lessons to transition from visual coding to text-based coding with a general-purpose programming language.

Pig Latin is a language game where English words are altered to sound different, but using deceptively simple rules.

Here are some examples:

For simplicity, we'll say there are three main rules for converting an English word into a Pig Latin word. Each rule has the following format:

As a class, study the examples above and try to figure out the three main rules for converting an English word into a Pig Latin word. Using these three rules, you could create a function to make a Pig Latin word from any supplied English word, then display it. Complete the gaps in the function pseudocode below:

See Wikipedia for more details on the rules for Pig Latin.

In the above video a simple function for drawing a square is improved by adding a parameter.

Let's do a vocabulary check:

For more on setting up, see Lesson 10. This lesson continues with a turtle graphics approach for each language. 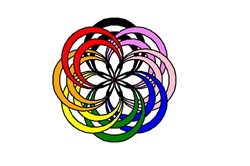 Turtle graphics has been around since the original Logo language for teaching programming to students, developed in 1966-1967. It is being introduced at this point in this course because it is an effective context to learn about functions, but examples will also be provided for writing functions outside of the turtle graphics context.

Like today’s Bee-bots and other rovers used in classrooms, the ‘turtle’ can be thought of as a robot moving about on the floor, and capable of drawing lines as it moves. Programmers issue simple instructions like forward 20 to move forward 20 units of distance, or right 90 to rotate clockwise 90 degrees.

To activate the pen, the typical command is pen down (think of a pen being dragged along the floor by the robot). The command pen up lifts the pen off the floor, allowing the robot to move around without drawing.

In Python and JavaScript environments with turtle graphics, these commands can be typed and run within your programs just like other lines of code.

In Scratch, sprites are already moved around using the blue motion blocks. Any sprite can become a drawing turtle by using the Pen extension, which brings in the pen down and pen up commands.

Step 2: Writing a function with one parameter

The above video demonstrates writing a simple function with one parameter. Try it yourself!

The above video adds a second parameter to the function. Try it yourself!

Carefully read the pseudocode below.

On paper, try to predict what the program will draw. The turtle starts facing right.

Share with another student to see if you predicted the same outcome. 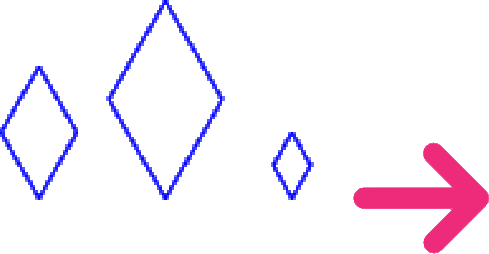 Finally, implement the code in Scratch, as well as Python or JavaScript.

Carefully read the pseudocode below. This program does not use turtle graphics.

Predict the output of the program.

Now, implement the code in Python or JavaScript:

The above video demonstrates the power of functions to reduce repetitive code, and ends with a challenge. The video shows Python, but it can be applied the same in JavaScript.

The above video concludes with a sample solution.

These challenges use the skills covered so far.

Write and test a function to create a car shape as below (must be all straight lines).

Now, modify your function to have a sizeFactor parameter, as with the diamond in step 4 of this lesson. Test it by calling it from the main program with arguments 1, 2 and 0.5.

Finally, call your finished function with specific values so as to generate a size chart of 2018 new car sales data for four countries - China, USA, UK and Australia. eg. China's sales were about 23.7 million, so use a size factor of 2.37. USA size factor would be 0.53, and so on.

Labels are not part of the program

Do you think your function allows your chart to give a fair representation of the difference in car sales between these four countries? How could you adjust it to more accurately reflect the differences?

The sizeFactor parameter is simply multiplied to each forward movement, making it a linear scale factor. It would be better if the size of each car symbol was scaled according to its area. This could be done by replacing the size factor with its square root each time. The solution would now show as follows:

Write and test a function to generate and display the sequence of Hailstone numbers for any given starting number. The sequence should continue until you get to the number 1, or the sequence reaches a thousand numbers in length, whichever comes first.

Hailstone numbers are generated as follows:

Begin by writing pseuocode for the function and a simple test. Your function will need a loop inside.

Now write the code in Python or JavaScript.

Write a function to convert an English word to Pig Latin and display it, using the rules in the Learning Hook section of this lesson.

Whether you code in Python or JavaScript, you will need to investigate commands for string manipulation, such as identifying characters that appear at the beginning of text. Note: Scratch does not have the required string manipulation capabilities. (This challenge can be done using spreadsheet functions in Microsoft Excel or Google Sheets.)