In this lesson students use BeeBots and Scratch Junior to synthesize what they know about Bees and are introduced to mapping concepts. 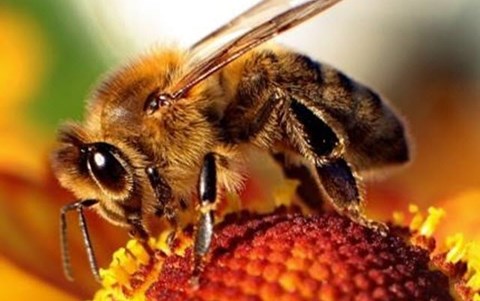 This lesson idea was created by Karen Butler.

Students could have been immersed in a scientific exploration of bees, asking questions and discovering more about the wonderful world of bees.

Show a picture of a bee and ask the students to consider what they remember about bees. Introduce a different kind of bee. Show the BeeBots. Get students to play with them in groups and ask what they notice about them.

Brainstorm what the group knows about maps. Explain that they are going to create a map for their BeeBot. The map must show a hive and a flower at opposite ends. In between the bee needs to avoid hazards.

Model a map on the board using symbols for water and hazards that the children describe. Children can then bring in what they know about predators and threats to bee life. The children can create the maps and the bee path in groups.

Allow Learners to program the bee bot to move to each person in a group. Groups could be formed from 3-6 depending on the number of BeeBots. They will probably work out they need to clear the instructions to get the BeeBot to move to a different person in the group after they receive the BeeBot.

Draw attention to the fact that they only move a certain distance, that the BeeBot responds to the buttons, and that they remember the sequences previously programmed. Ask students to think about how they work. Introduce the term “user interface” to describe the buttons.

You may want to assign group roles so that students share the task fairly. Group roles could include:

Learners create a floor map for the BeeBot on large paper. The Cartographer can collaboratively design the map first on paper and then the whole group can draw sections of it. Many children will decide to grid the paper out first with the 15x15 squares. Those that don’t will discover that it is very difficult to create a path and for the BeeBot to avoid hazards if they don’t plan it out. This is good learning.

The Programmer can record the final sequence of steps using whatever symbols they choose. Some will choose arrows and symbols, others will use text.

If learners become frustrated or hit the “learning pit”, it would be a good time to gather them together and demonstrate how important it is to grid out the map and have symbols contained within 15x15 squares. They can do this by tracing around the cardboard square you gave them.

After the maps are complete and the learners are happy with the steps they came up with, get them to number off.

The Explainer stays with the map and the rest of the groups rotate around the other maps and see if they can follow the sequence of steps devised by another group. This helps children understand debugging.

They will discover if the the instructions work or not, or if they are clear to them.

Bring the group together and ask them what they noticed about each other's maps. Talk about the different ways each group recorded the steps. Discuss how important it is to have a standard “code” or language for their algorithm to describe the steps so that everyone can understand how to program the BeeBot. This introduces the term code. Students could also write a reflection using the sheet provided below in the teacher instructions wand which is also available in (Bee Blendspace)