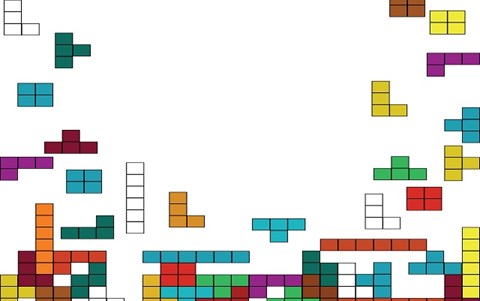 It attempts to address the problem that many of programming languages are too complex and their environments confusing for many students.

Illustrate the basic concepts of OO programming by having students play Tetris – a game with which they are likely to be familiar.

The analogy of a car company producing different models in their factory may assist in explaining OOP principles and advantages.

Each model of car designed by a car company can be considered a separate class described by the factory’s blueprints for each class, designed before any of the cars exist.

There will be other classes too, such as a sports model, with its own properties and behaviours.

In fact, it might be a good idea to create a kind of ‘super class’ called ‘car’ to which all these other classes belong and assign to it all the properties and behaviours that all models possess, to save us repeating them every time a new one comes out. After all, all our models will have headlights, steering wheels, seats and engines!

When we design a complex program, it is much easier if similar objects are treated as classes, with properties and behaviours. Once we have done this we don’t need to keep thinking about the details, as we have made a component we can use when we need to, knowing it will always behave the same way.

Functions perform a similar role in programming as we write them once and just call them when we need that behaviour, but OOP takes that a step further.  Instead of having lots of different functions scattered through our programs, making it easy for a programmer to get lost, OOP collects all functions belonging to the same object and groups them as a class.

Students learn about Object Oriented Programming (OOP) methods using classes as a useful approach in the development of more complex programs, where separate objects are defined as having attributes and behaviours.

This approach is suitable for more able students. In this lesson you introduce OOP principles using a text-based OOP programming language with which students are familiar.

Without using actual programming code, text-based programming using OOP can only be explained in the most cursory manner. We thus have the difficulty of choosing a computer language for the purposes of illustrating classes, attributes and behaviours.

Explain to students that they will be using Python in this example: it is an OOP language, provides a good springboard for learning other languages, is widely used in schools, is well supported and is freely available.

Tell students: If you were asked to create a RPG game at this stage of your programming experience you might design it in this way:

Let us examine each part of our class code.

Here's where we begin to see the benefits of object-oriented programming. If another programmer is reading your code, when they see LivingThing() they know they can just look for the "class LivingThing" and find out the details of everything they need to know about what a LivingThing is.

Furthermore, they know they can update the LivingThing object and all objects created from it will now gain that new feature. This is much easier than trawling through a long program trying to find what things need to be changed.

Having explained and illustrated the concept of a class and the rules for writing its definition, introduce the Learning construction activity: creating a Birthday Book program using OOP principles.
It is possible to have students develop this entire code themselves, in concert with a teacher in the role of ‘Socratic guide’.
However, the approach taken here is that of a ‘guided construction’. Your role is to seek student responses to sections printed in green and assist where necessary and to provide students with those parts of the code printed in black, accompanied by an explanation.
Note the following:

There are three stages, with the third being optional.

At the end of this stage students make important suggested improvements to the program. Explain the following steps to the students.

Stage 2: Making improvements to the program

A working Python file provided shows the final outcome of a few of the suggested improvements for Stage 2: birthdaybook_2.py
Encourage students to work alone to achieve the following refinements once their bare-bones code from Stage 1 is working:

Stage 3: Writing to and reading from external files (optional)

You may wish to have students learn to write to and read from an external file.
An example program is provided with external text file (ensure these two files are in the same directory):

Students demonstrate their working Birthday Book code and show a feature they have developed themselves.