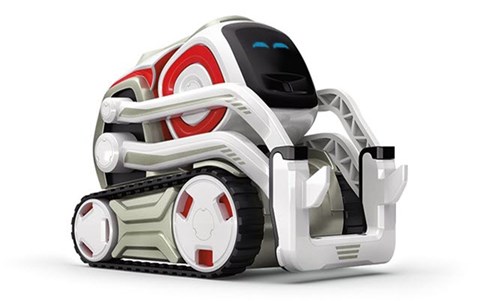 Ashwood School is a school in Victoria for primary- and secondary-aged students with mild intellectual disabilities. All students at Ashwood have an individual learning plan (ILP) that is constantly reviewed throughout the academic year. We use the developmental Victorian Curriculum to guide our teaching, and we focus on what each student is ready to learn rather than chronological age. As the Victorian Digital Technologies curriculum is largely derived from the Australian Digital Technologies curriculum, we also reference this second guiding document for ideas on how to teach this important learning area.

A typical class size at Ashwood is between 10–12 students, with a range of abilities and splinter skills across all learning areas of the curriculum. Most students find abstract concepts challenging, so we support learning through the use of carefully selected concrete materials and visual aids. To ensure that all students can access the Digital Technologies curriculum, we need teaching resources that are both intuitive and that cater to a range of abilities.

At Ashwood School, we have successfully implemented the Digital Technologies curriculum in three ways: 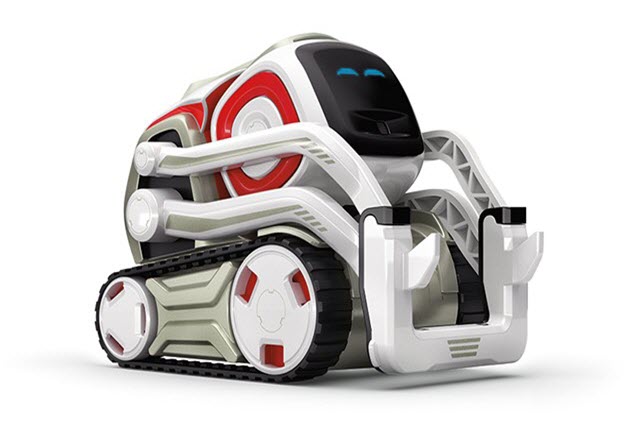 Cozmo, the digital pet robot, has been used successfully at Ashwood School to engage students in learning about some of the key concepts of the Digital Technologies curriculum. Cozmo is slightly different to other robots like Beebots or Ozobots, as ‘he’ has a programmed ‘personality’ that reacts to and interacts with its immediate environment (Rollings & Adams, 2003). Cozmo is 8 cm tall and 9 cm long and comes with three digital cubes (blocks) for gameplay. He looks like a cross between Wall-E and EVE from Pixar. Cozmo emotes through a digital ‘face’ and has a computerised ‘voice’ that talks and sings. Robots now are becoming playmates who can talk, play games, and who show emotions like happiness, sadness and anger.

Cozmo is managed by a dedicated app that runs on both iOS and Android devices. This app allows the user to interact with him on various levels, from asking Cozmo to speak, to ‘driving’ him like a radio-controlled car, to sending him coded instructions. Specifically, you can interact with Cozmo in three different levels of thinking: parental caretaking, playful interaction, and explicit manipulation. Each of these can be used to adapt the Digital Technologies curriculum to your classroom.

Every day you are expected to ‘wake’ Cozmo up, ‘feed’ him, play games with him, and perform maintenance tasks to keep him ‘fit’. These tasks are not only engaging and imply that Cozmo is a living entity, but the user is also given rewards and feedback for treating Cozmo carefully and fulfilling his needs. For example, if Cozmo has the hiccups, you are expected to hold him upside down until they stop. You take care of Cozmo in three ways:

Feeding – in order to have the ‘energy’ to play, Cozmo likes to be fed from time to time. To feed Cozmo, select Feed from the home screen and follow the instructions.

Tune Up – to make sure Cozmo works properly, occasionally you need to select Tune Up from the home screen and it will show that one, two, or all three parts of Cozmo need to be tuned up. To do this select each red triangle.

Figure 3: Tune Up sequencing activity – repeat the code to tune up Cozmo

Figure 4: Tune Up main screen after tune up

This is a slightly more difficult caretaking task where the user enters a sequence of up and down arrows (see Figure 5). This involves a higher level of coordination and some students require extra practice to do this. Therefore, when using Cozmo in groups, I tend to have more capable students do the tune up sequencing activity and less capable students do the feed – by shaking the cube. In making these intentional choices, students of all abilities can contribute and help Cozmo and not feel confused or bored.

Play – Cozmo features a variety of ways to interact. These include three pre-installed games (see below) and the ability to recognise faces, say something the user types in, and perform tricks and songs. The games can feature one or two students playing with Cozmo at a time, perfect for learning turn-taking and socialisation skills. Cozmo also sings, plays peek-a-boo and recognises faces. For students with autism, for example, where social play creates anxiety, Cozmo could help mediate peer interaction. The three games that come pre-installed with Cozmo include several sequencing tasks, fine-motor movement tasks and a matching task.

Keepaway: This is a simple fine-motor game where the player teases Cozmo with a cube. If he taps it before the user pulls it away, Cozmo gets a point, otherwise the player gets a point. First to five points wins.

Memory Match: This game uses all three cubes, each lit in a different colour, where two or more cubes flash and create a pattern. The player and Cozmo take turns repeating the pattern, and the first to get the pattern wrong three times loses the game.

Quicktap: This game can be played by one or two players and Cozmo. When the colours on the cube match, the first player (or Cozmo) to tap the cube wins a point. The first to five points wins.

From my own experiences, students liked Keepaway the best (possibly because it was the easiest). Students who have a good reaction time enjoyed Quicktap and had fun playing it with a peer. Memory Match, which requires remembering a sequence, was much more difficult for some students. However, Memory Match can be used to teach and practise sequencing, which is part of the Digital Technologies curriculum.

When Cozmo was first introduced to our students they were excited by their new miniature friend. This excitement only increased when he spoke and made funny noises. Much like a new kitten or puppy, students were starstruck by the way he moved and how he interacted with his environment. Then they wanted to know what they could do with Cozmo, so I showed them some of the games and activities in the app.

Figure 8: Cozmo can be used as part of a literacy lesson

Cozmo can be used to teach the Digital Technologies in these four ways:

Interest in learning about artificial intelligence (AI) in schools is gaining momentum. There are different levels of AI, for example, a system can be thought of as having narrow intelligence if it is able to accomplish complex goals – albeit goals that are very specific. Cozmo implements this type of AI functionality – it uses object recognition and machine vision to find the cubes and also recognise faces. This enables Cozmo to convey emotions using facial expression (his two digital eyes), voice tone, and ‘body’ language. According to the makers, Cozmo can recognise and respond to the five basic human emotions: anger, disgust, fear, happiness, sadness and surprise.

Figure 9: Feedback on what Cozmo is ‘thinking’

Ashwood School would like to thank the DigiTech Start-up Initiative (Department of Education Victoria), which supported the purchase of the hardware and software required to investigate this topic. Please note we have not received any incentive for promoting Cozmo. The views about this product are the writer’s own opinions and are based on experiences using the robot in special education classrooms.